BC SECURITIES COMMISSION - THE PERJURY FILES

As previously promised details on Perjury Brief number one and further evidence of the BC Security Commissions lies to try and cover it up. The bottom line is no matter which version of the story the BCSC tries to hide behind it finds itself in contravention of the Law and the very Securities Act which governs it. The accounts were private trust accounts and there were no reasonable grounds to cease trade order the account as it had not received any cash input in close to two decades according to TD Bank Officials who vehemently protested the order. Both had no relation to U-GO Brands whatsoever.

Here is evidence from the bank, I will follow with various statements from BCSC officials in regards to the cease-trade, all deny giving the order and blame the bank. 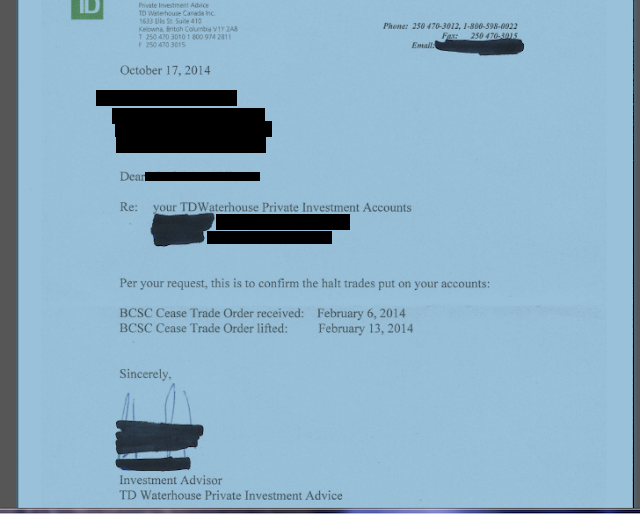 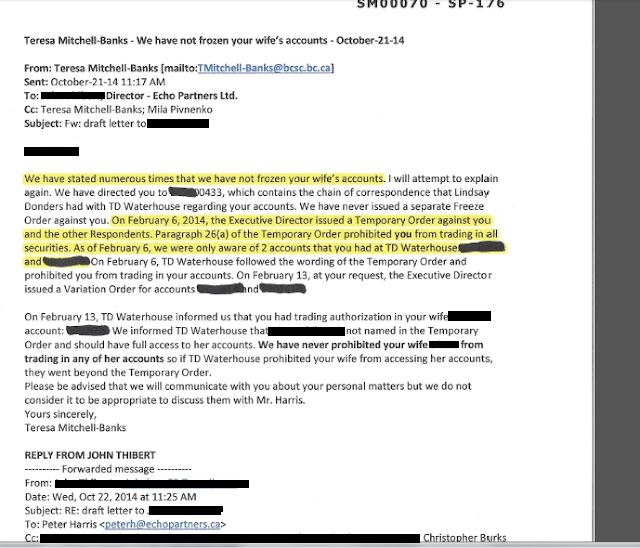 914 Dead Bodies Are Piled Up In Morgues, Free Heroin Giveaways, Rampant Fraud, 5K to Talk to the Cartel Boss, Your BC Govt is Criminal Organization

Christy Clark is nothing but a mob boss running a massive criminal racket that permeates every level of government in BC. http://bcsecur...

ChristopherB
My name is Christopher Burke, this blog began as a record of criminal actions undertaken by members of the BC Securities Commission in order to unlawfully prosecute a start-up business. What began as a legal battle morphed into a Deepstate shadow war as I dug deeper into law and the history of the BCSC to defend myself. Knowing that a business partner was a high level agent for a CDN intel agency, it became apparent he was a double agent working with a powerful criminal cabal. Digging deeper revealed ties between BCSC and a global racketeering network with significant operations in Van. BC. Topics on this blog includes Barrick Gold Fraud and CIA ties, Bush, Mulrony (Barracuda's), BC Govt. Pension Fund BCI (bcIMC) ties to CIA and 9/11, Picktons Pig Farm, Riverview Hospital, Trudeau, Clinton, Bronfman Crime Family, Morneau, Pedophile Rings, SLI Gold Fraud, SERCO, and more including details on crimes involving the BCSC and bcIMC. Copies of rare Court victories against the BCSC that have been expunged from records may be obtained by contacting bk1092003@yahoo.ca. Ph. 250 863 9787. Fear none but God, the rabbit hole goes deep, always Question.