The following is a copy of case #43449 BPRP vs. BCSC from the BC Court of Appeal. More will certainly follow on another massively botched investigation on behalf of the BC Securities Commission. We have previously touched on how the BCSC withheld hundreds of pieces of evidence from an accused wrongdoer in order to make a case, we will expand further on this case in due time. Now we have a case that is an offshoot of that case before the BC Court of Appeal the following is a copy of the text on decisions rendered on June 15 2016.

Why is this case being withheld from the public? Certainly some names warrant being edited out as we have done but the entire case does not appear anywhere on public record to our knowledge.
What is the BCSC hiding now?

Does Christy Clark care? We bet if you buy a $5K plate at her fundraiser and come beg at her purse side she wont have a problem.
http://bcsecuritiescommissionasham.blogspot.ca/2017/02/crooked-christy.html 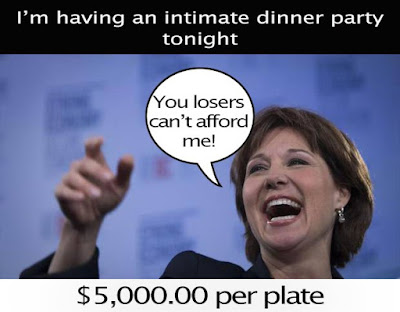 Anyone who would like a PDF copy of the following file may email us at bk1092003@yahoo.ca


COURT OF APPEAL FOR BRITISH COLUMBIA

Between:
B.P. and R.P.
Appellants

And the Executive Director of the British Columbia Securities Commission


On appeal from: an order of the British Columbia Securities Commission, dated January 14, 2016.

[1] FENLON J.A.: The applicants B.P. and R.P. are the proposed appellants in this matter. They bring an application for five orders intended to protect their anonymity pending the outcome of their leave to appeal application and, if leave is granted, pending the appeal.

[2] The applicants are related to two of the respondents in the August 2014 liability ruling of the British Columbia Securities Commission (the "Commission"), indexed at 2014 BCSECCOM 318 (the "Decision").


[4] The applicants, B.P. and R.P. are named as secondary participants. The Commission described the role of secondary participants at para. 11:
The Secondary Participants were OSE shareholders or warrant holders. They were involved directly or indirectly in various purchases, sales or transfers of OSE shares, or in payments and transfers of money to or from the Respondents, their companies, other Secondary Participants or brokerage accounts of the various Respondents and Secondary Participants.
[5] It is apparent from a careful and full reading of the Decision that the applicants, B.P. and R.P., were not involved in the scheme. Rather, it appears they were victims of the manipulation of the market who lost a significant amount of money.


6] The applicants were not interviewed by staff of the Commission, nor were they parties to or given notice of the proceedings underlying the Decision. They had
B.P. v. British Columbia Securities Commission Page 3

[7] Some of the examples attested to are: a Globe and Mail article published on September 10, 2014 implicates them as part of the stock manipulation scheme; in March and April 2015, the Toronto Dominion Bank reduced the terms of a 2015 credit facility because of concerns about the Decision; an anonymous warning posted on Craigslist that referenced the Decision warned investors not to put a down payment on any properties being developed by the applicants who earn their living as developers; a realtor misunderstood the Decision and thought the applicants were in jail, based on a conversation he had with a law student who had misinterpreted the Decision; and Google searches of their names generate a link to the Decision.

B.P. v. British Columbia Securities Commission Page 4
the public are critical to democracy and the rule of law. As the Supreme Court of Canada stated in Canadian Broadcasting Corp. v. Canada (Attorney General), 2011 SCC 2 at para. 1:

The open court principle is of crucial importance in a democratic society. It ensures that citizens have access to the courts and can, as a result, comment on how courts operate and on proceedings that take place in them. Public access to the courts also guarantees the integrity of judicial processes inasmuch as the transparency that flows from access ensures that justice is rendered in a manner that is not arbitrary, but is in accordance with the rule of law.


[11] The open court principle extends, generally speaking, to the identity of participants in court proceedings. However, the court retains a discretion at common law to make confidentiality orders and restrict access to information, as is clear from Dagenais v. Canadian Broadcasting Corp., [1994] 3 S.C.R. 835; R. v. Mentuck, 2001 SCC 76; and Sierra Club of Canada v. Canada (Minister of Finance), 2002 SCC 41. Such orders may be made when the public interest in an open and accessible court process is displaced by some other competing public interest.

[12] According to the Dagenais/Mentuck/Sierra Club framework, the court should exercise discretion in favour of making a publication ban or restrictive order when:

1. such an order is necessary in order to prevent a serious risk to an important interest in the context of litigation because reasonably alternative measures will not prevent the risk; and
2. the salutary effects of the confidentiality order, including the effects on the right of civil litigants to a fair trial, outweigh its deleterious effects, including the effects on the right to free expression, which in this context includes the public interest in open and accessible court proceedings.

[13] Under the first branch of the test, three elements must be satisfied:

a) the risk must be real and substantial, well grounded in evidence, posing a serious threat to the interest in question;

b) the interest in question cannot merely be specific to the party requesting the order, but must be one which can be expressed in terms of a public interest in confidentiality; and
c) the judge is required to consider not only whether reasonable alternatives are available to such an order but also to restrict the


B.P. v. British Columbia Securities Commission Page 5
order as much as is reasonably possible while preserving the interest in question.
[14] Dagenais and Mentuck involved high profile criminal cases. Dagenais raised the competing Charter rights of freedom of the press and freedom of expression because the order would have prevented the showing of a television program. Mentuck concerned the identity of an undercover police officer. Sierra Club raised the accountability of a Crown corporation on environmental review. However, private interests, too, may be considered along with public ones.

[24] In R. v. Mentuck, [2001] 3 S.C.R. 442, 205 D.L.R. (4th) 512, the Supreme Court reformulated the test articulated in Dagenais, supra so that the focus of analysis is a weighing of the broad competing interests in a publication ban, including those that are specific to the parties and to the public more generally. …

[25] Although Dagenais, supra and Mentuck, supra both deal with principles that govern the making of discretionary publication bans in the specific context of criminal proceedings, I consider the general approach and some of the factors mentioned in those cases to be relevant to civil actions involving claims of historical sexual abuse. In the particular circumstances of the present case, the judge should have considered the effects that ending the ban would have on the plaintiffs, their witnesses and other former inmates of Brannan Lake School. …


[16] The interest of the applicants’ in varying the Decision to protect their reputation and commercial interests is clear. While the concerns raised about the Decision are not directly related to their concern for anonymity in this Court, there is in my view an indirect link. A search of the applicants’ names in this Court would reveal their involvement in a proceeding with the British Columbia Securities Commission and the materials filed will lead back to the Decision and the references that, on the evidence, have led a number of readers of varying degrees of sophistication to conclude, erroneously, that the applicants were involved in a nefarious stock manipulation.


B.P. v. British Columbia Securities Commission Page 6
[17] As I have noted, the applicants were not parties to the Decision. Nor were they even witnesses. After the Decision was published they sought and were denied anonymity by the Commission. They now appeal that denial. There is in my view a public interest in allowing innocent bystanders to seek the protection of the court in these circumstances without thereby increasing the very risk of negative public exposure they seek to mitigate.

5. there be a ban on publication of the [applicants’] names, and of any other names and facts that would reveal their identity.


[19] While I conclude that some restrictions should be imposed, I am of the view that the orders sought are both unworkable and overly broad. In my view an order that the applicants’ names be initialized in the style of cause, filed materials and reasons for decision, and an order prohibiting publication of their names or other facts that would reveal their identity would properly balance the competing interests at stake here. The public will still be able to follow the proceedings in this Court and understand the issues being adjudicated upon.


[20] Further, in keeping with the Supreme Court of Canada’s admonition that the need for confidentiality should be reassessed at each stage, these orders may be varied by a full division of this Court at the hearing of the appeal should leave to appeal be granted.

1. The applicants’ names are to be initialized in the style of cause, filed materials and reasons for decision;

2. Publication of the applicants’ names or other facts that would reveal their identity is prohibited.