BC SECURITY COMMISSION - THE PERJURY FILES

As previously promised details on Perjury Brief number one and further evidence of the BC Security Commissions lies to try and cover it up. The bottom line is no matter which version of the story the BCSC tries to hide behind it finds itself in contravention of the Law and the very Securities Act which governs it. The accounts were private trust accounts and there were no reasonable grounds to cease trade order the account as it had not received any cash input in close to two decades according to TD Bank Officials who vehemently protested the order. Both had no relation to U-GO Brands whatsoever.

Here is evidence from the bank, I will follow with various statements from BCSC officials in regards to the cease-trade, all deny giving the order and blame the bank. 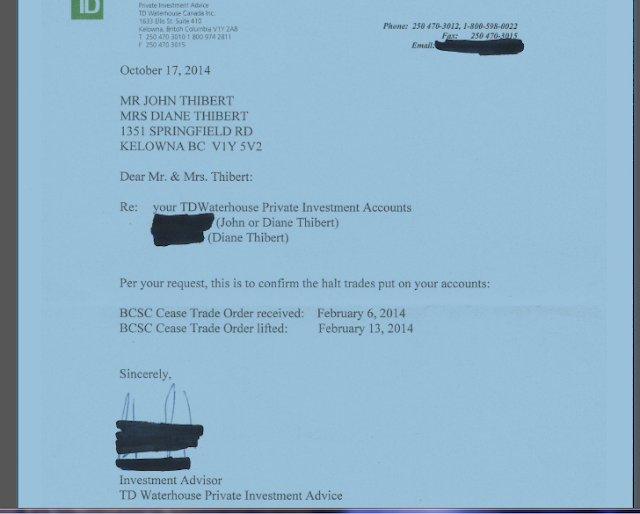 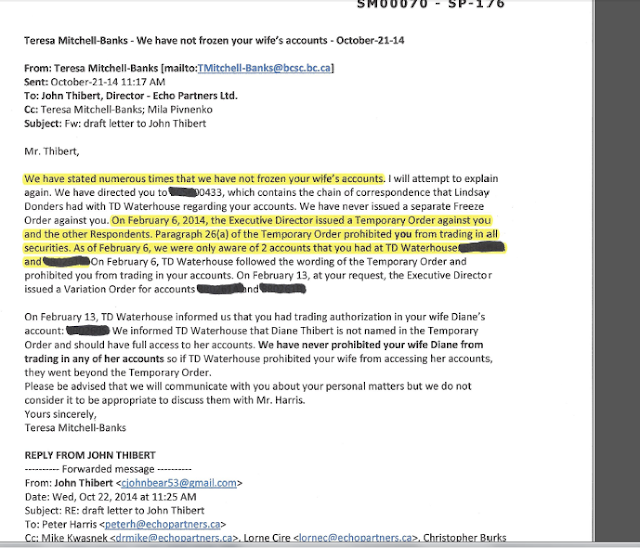 Stay tuned more as always to come..
Posted by ChristopherB at 19:25